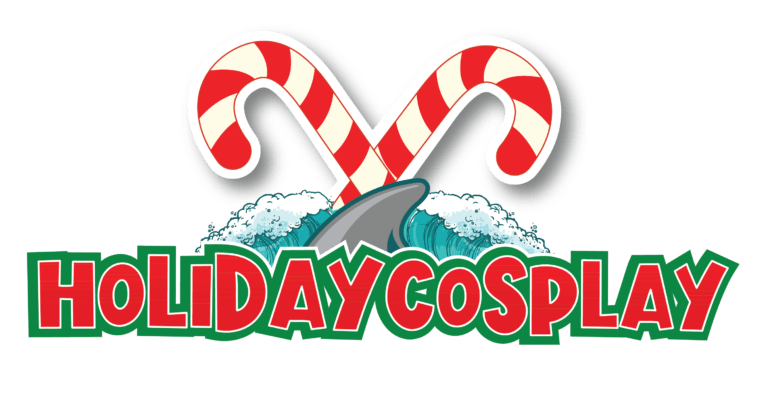 The new convention is family-friendly and features comics, anime, science fiction, fantasy, and gaming as well as world-class cosplay.

“Holiday Cosplay Tampa Bay is a way for nerds to celebrate the winter holiday in a geeked-out way,” said organizer Dewey Caruthers. “We expect many attendees to add a holiday spin to their cosplays,” he said.

The event showcases 4 big-time voice actors, 4 nationally-known comic artists, and 8 of the nation’s top pro cosplayers. And all guests are involved in con activities like hosting panels and judging cosplay contests as well as posing for photos and signing merch.

In addition, there will be several nerdy spaces for fans and cosplayers to snap unique holiday photos.  And, Santa will be there for photos.

Best holiday shopping in the universe for geeks and nerds

Making the event even more spectacular is the holiday shopping! Comic, anime, horror, science-fiction, and fantasy fans and cosplayers no longer need to purchase their holiday gifts at a local mall (yuck!) Holiday Cosplay Tampa Bay will host more than 200 vendors that will create the best holiday shopping in the universe for geeks and nerds!

Brought to you by…

And the event is sponsored by Florida Comic Cons, a news media website that covers conventions and cosplayers; and Florida Cosplay Digital Magazine, which spotlights the state’s best cosplayers from the experts who win competitions to the beginners who show promise.

Holiday Cosplay Tampa Bay welcomes folks of all races, ethnicities, ages, abilities and orientations. We embrace all humans! But in full transparency we like the weird ones better (makes us feel at home).

Children ages 9 and under are admitted free with adult supervision.

Holiday Cosplay Tampa Bay is a rain or shine event.

No refunds under any circumstances. If the event is cancelled due to public health or other emergencies, tickets will be transferred to the rescheduled date. Refunds are not issued for changes in talent, hours of operation, scheduled dates and venues.

Reentry is allowed with badges, which must be kept on. No badge, no entry.

No unauthorized selling of any kind.

No alcohol or firearms of any kinds are allowed.

No pets, per the venue.

Smoking/Vaping are not permitted inside the Tampa Bay Convention Center.

Cosplay is NOT consent. Ask before taking photos, filming, or engaging in human-contact with attendees, guests, and staff.

This is a family-friendly event. Nudity is not a costume. Footwear must be worn inside the convention center.

Cosplaying as Santa Claus is not permitted during the convention, but if you’d like to meet Santa, he would be more than happy to share beard-care advice. (Note: Cosplays inspired by Santa are acceptable: i.e. Santa hats, Santa-inspired clothing, and Santa versions of fictional characters.)

Everyone and everything is subject to search at all entrances and exits.

All cosplay weapons and accessories are inspected at entry and are allowed per the discretion of Holiday Cosplay Tampa Bay.

An inherent risk of exposure to COVID-19, an extremely contagious disease that can lead to severe illness and death, exists in any public place where people are present. Senior citizens and those with underlying medical conditions are especially vulnerable. By attending Holiday Cosplay Tampa Bay, you voluntarily assume all risks related to exposure to COVID-19, and you expressly waive and release the owners, organizers, employees, and contractors from any and all claims arising from or otherwise related in any way to COVID-19.

Policies regarding masks and temperature screenings will be developed as necessary.

At Holiday Cosplay Tampa Bay, we treat each other with dignity and respect. The event is widely inclusive and does not allow any harassment or stalking of any kind. Harassment includes, but is not limited to, verbal comments related to gender identity and expression, sexual orientation, disability, physical appearance, body size, race, ethnicity, age, and religion. Stalking includes repeated unwelcome attention and following as well as unwelcome and inappropriate photography and sexual attention.

If bullying, harassment, or other inappropriate behavior is reported to Holiday Cosplay staff, the convention reserves the right to revoke the entrance ticket of the perpetrator to Holiday Cosplay Tampa Bay and future Florida Comic Con sponsored events.

Sign up to get the latest information as it’s released!